Exclusive legal analyst on WMEL AM 1300 radio in Cocoa, Florida

Most recently provided live legal analysis of the Casey Anthony case during the trial.
Continuing and frequent guest commentary on current legal issues and cases. 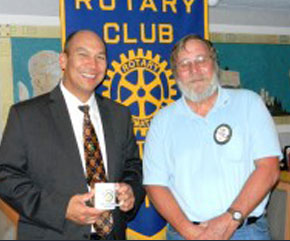 The topic was on the finality of the death penalty, its lack of deterence value to prevent future crimes and the possibility of mistakes.

The penalty of death was passed in Florida in 1972. Florida was the first state to put a prisoner unwillingly to death; 1979 John Spenkelink. To date, 71 people have been put to death in Florida and 399 are on death row.

In the local media

With law enforcement failing to properly investigate in a domestic violence arrest you need an attorney who will get to the bottom and seek justice. Being arrested is serious. It can ruin you for life…

Mr. Chang represented my son recently and did an excellent job. We met Mr. Chang during our first consult (which he apparently offers for free to all clients). He was very professional, courteous, and always…

Although I have never been a client of Mr. Chang’s, I am a local attorney and former prosecutor. Mr. Chang is well respected by the local attorneys in Brevard County and has a stellar reputation.…

I found Ernest Chang to be an excellent lawyer. His responsiveness to my calls and many questions was excellent. Ernie was referred to me by several well respected professions and non-professionals. When I told people…

I was facing a 3rd degree DUI felony. Ernie got it reduced to 1st degree DUI misdemeanor. I interviewed 5 lawyers in Brevard county. Ernie was the only one that talked to me about taking…

Mr. Chang did an awsome job for my Son And I. Both cases were dismissed and never even had to go to court. Very nice and understanding lawyer.

Ernie represented me in a felony domestic violence case. Not only did he get it knocked down to a misdemeanor, I ended up pleading to the lowest possible one they had. No probation, no jail,…

Fields marked with an * are required